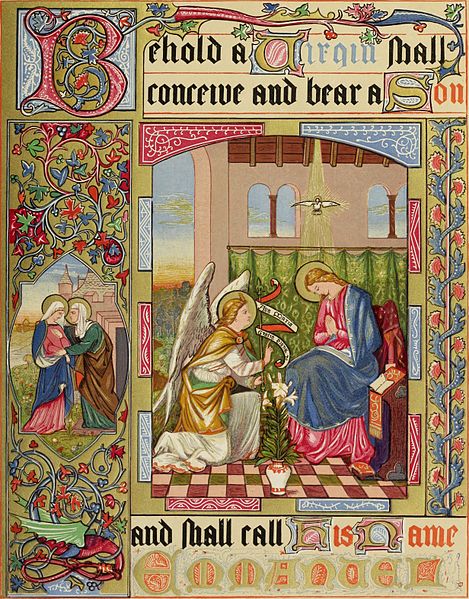 We can’t avoid that time of year in western society. It seems to come earlier every year and we roll our eyes as the same old songs hit the mall speakers. Yet something about Christmas Carols stirs sentiments in us. They bring back memories of childhood. Such is the power of music. Why is it ingrained in us? Some of course hold to the faith that the Christmas carols represent. Most however simply remember the feeling of the season leading up to the day when you got presents! There is always excitement in a child’s life when he or she has something to look forward to.  It’s the anticipation and the idea of being surprised. Add to that the colours and characters in the toy stores.

Christmas is an especially busy time for any good Sydney Recording studio. People will come into a voice over studio to record anything from Christmas Stories to new attempts at Christmas carols.

So when there is a repetitive musical theme or collection of nostalgic songs attached to such a period of our lives they tend to endure. No matter how much we say we are sick of them, we always find ourselves humming along.

The origin of Christmas Carols

No one is quite sure of the origin of the word Carol. Though the dictionary classifies it as a verb rather than a noun. Defined simply as “to sing Christmas songs or hymns, especially in a group performing in a public place”. Another definition is simply “to sing joyously”. This definition may well date back before the Christmas tradition.

Where did Christmas Carols originate? There is no direct evidence that the early followers of Christ celebrated Christmas as we know it. They certainly sung hymns and songs of praise throughout the year. They would certainly commemorate all parts of Christs life and ministry including his birth in Bethlehem. But officially on 25th of December 336 Christmas  was celebrated for the first time on the date of the Winter Solstice in Rome. This was already a celebrated date. So did they sing Christmas Carols? We don’t know for sure, but since the pagan winter solstice festival most certainly would have had music, we can assume the Christians came up with a few songs!

Classics we sing usually come from the early 19th Century. The oldest known carol however may well be “Jesus Refulsit Omnium”. This hymn was written by St Hilary of Poitiers way back in the 4th century! There is no proof that it was sung at the first Christmas but every possibility.

Of course notation became more employed much later on and the earliest manuscript we have is from the 10th Century. This is of a song Called “Corde Natus ex Parentis” (Of the Fathers’s Love Begotten). It was written by a Roman poet called Aurelius Prudentius. The words were paired with a medieval plainchant tune named Divinum mysterium.

There were many other songs naturally. Yet the ones that seem to have persisted were written in the 19th Century. The oldest commonly performed song would have to be Good King Wenceslas written in 1582. It can be found in a book of Carols named Piae Cantiones. Basically it tells the story of a Bohemian King who undertakes a difficult journey through a dangerously cold winter in order to deliver a gift to a peasant. The song actually refers to the 26th of December which was known at the time as The Feast of Stephen. Also known as the second day of Christmas.

For a time carols were banned by the Puritans! This was in response to Christmas being associated with drunken behaviour and partying. The reformation however generally spurred on the singing of Carols. Francis of Assisi was another huge supporter of music in Christianity and influenced singing at Christmas.

Other carols that we are very familiar with today became popular after the publication of “Christmas Carols Ancient and Modern” in 1833. The editor is William Sandys.

Another huge boost for the popularity of carols came with the publication of the Oxford Book of Carols in 1928. This was spread far and wide and was used in many congregations throughout Britain.

Possibly the most influential printed Carols book came out in 1961 “Carols for Choirs.

The church has not been the only source of Christmas carols. Pop artists like the Beatles came out with records and got hours and hours of air time. John Lennon’s song “Happy Xmas (The War is Over) became a timeless piece. It refers to the Veitnam war and is essentially a protest song. At the same time it is a celebration that the war was finally over. He allegedly wrote this with Yoko Ono. The inspiring lyrics are all inclusive and promote peace and equality.

“And so this is Christmas

For weak and for strong

For rich and the poor ones

The world is so wrong

And so happy Christmas

For black and for white

For yellow and red one

Let’s stop all the fight.”

Mariah Carey possibly had the most popular Christmas song of the last few decades with “All I want for Christmas is You”. It was released in 1994 on the albumn “Merry Christmas.”.

One of the few recent Christmas Songs to rise on the Billboard Charts. It went to number 6 in Hot Adult Contemporary. She recorded this in a state of the art recording studio in LA. Not so far removed from the Sydney recording studio Crash Symphony Productions.

Carolling as a group

Apart from the popular appeal of individual carols, they are a community activity. The good people of the neighbourhoods across the united states travel door to door. These mini choirs practice for months before the event. Choirs perform free of charge from street to street. This year the city of Mauston Wisconsin will try to break the Guinness world record for the most people carolling. Previously it was held by 1880 people who sang one Christmas in Portsmouth Ohio. The Mauston council is hoping to have over 2000 people spread throughout the neighbourhood! 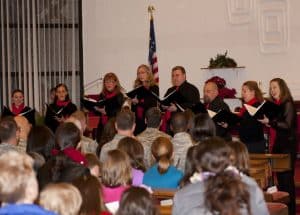