Recording Studio: The Evolution of the Modern Drum Kit V

Recording Studio: During the 20’s the snare drum grew from a crudely designed six lug drum with no throw off and gut snares to a magnificent double tension ten lug drum with parallel throw offs, engraved shells and gold plating.
In 1883 Emile Boulanger patented a design for Duplex Drums that depicted a double tension single post tube lug snare drum. Boulanger’s early design theories would in time become the accepted standard. Consisting of a solid wood shell and wooden hoops the Duplex design became standard manufacture for Leedy, Ludwig and most major drum companies around 1920. Common sizes available at this time included 13 inch and 14 inch diameter snare drums with 15 inch and 17 inch snare drums a widely used option. While today solid shell and block shell snare drums made from Maple, Mahogany and Walnut are a unique feature offered by expensive custom drum manufacturers, in the 20’s, 30’s and 40’s and even 50’s (Slingerland only), all the major drum manufacturers made drums this way.

It wasn’t until after World War II that most drum manufacturers realised the economy of plywood shell construction and began mass manufacture this way. In 1912 Leedy produced pressed metal lug casings which held swivel nuts. Ludwig and Slingerland were to undergo several trials of their own in swivel nut design, all of which failed dismally. In 1920 Ludwig and most other drum manufacturers gave into the inevitable and adopted the swivel nut design and made it their own.
Both Ludwig and Slingerland began producing cast lug casings around 1931. These casings, although similar in appearance from company to company, were designed so drummers could identify the company by the casing. While the early tube lug designs would eventually return it seems they all looked the same and made it hard to differentiate between drum brands. Companies looking to change the appearance of their drums, making them readily identifiable and commercially appealing, turned to cast lugs made uniquely for a given model.

Recording Studio: The Rise of Wood in Drum Making

The advent of World War II was to change drum manufacture and design forever. Due to a shortage of metal in the 40’s the government ruled that non-essential items could contain no-more than 10% of their total weight in metal. Drum manufactures were faced with the task of producing as many drum components from wood as possible. The major drum companies began manufacturing drums with all wood shells, wooden hoops, throw offs (snare action) and lug casings. The only metal components that remained were the tension rods, swivel nuts and screws used to assemble the drum.
Some of the models that graced this era were:- The Alliance by Leedy, Victory by Ludwig and The Rolling Bombers by Slingerland. 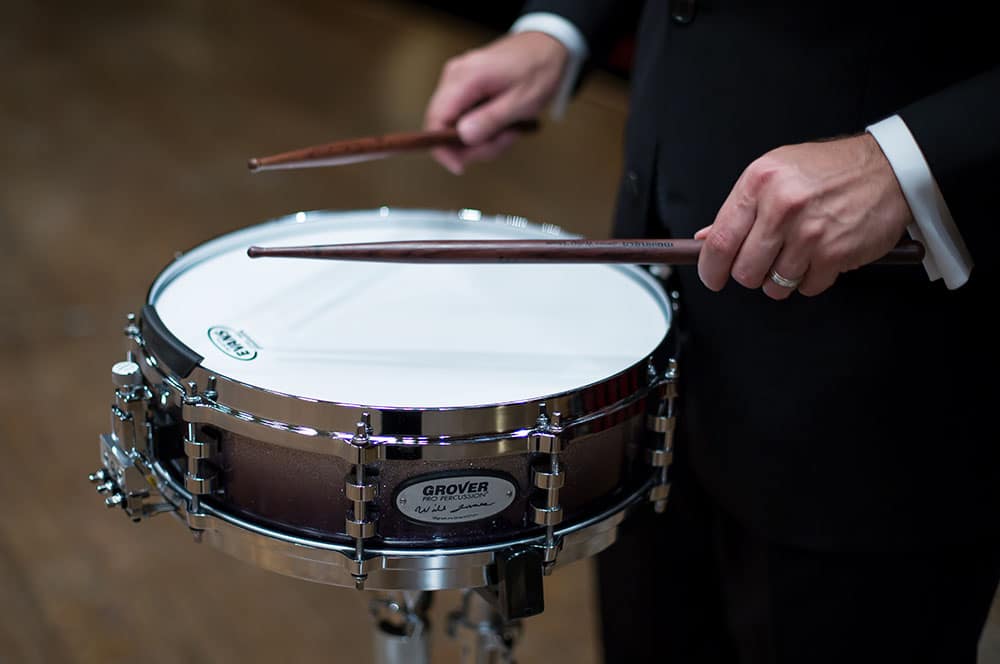