Recording Studios Sydney: Rock became louder and louder in the next decade, thanks to ever more powerful sound-reinforcement equipment. Drummers adapted by modifying their kits to compete with electric guitars and basses. Ginger Baker, in Eric Clapton’s power trio Cream, began to use a pair of bass drums; heavy metal players would later do the same. Manufacturers responded to the need for loudness by producing kits with greater numbers of components and by thickening their cymbals.

In the ‘70s, the acrylic drum was developed to produce the decibels necessary for the demands of louder arena environments. At the same time, many drummers went for a maximal approach, both to gear and to playing. Neal Peart’s setup included not just a massive drum kit but a battery of auxiliary percussion instruments, such as temple blocks and tubular bells, used to coloristic effect in Rush.

An early Simmons Electronic Drum kit from 1979. Photo Credit: Ben Frankse
Another big development came in the ‘80s, with the introduction of MIDI technology and drums equipped with soft pads triggering electronic sounds when struck. In the mid to late ’80s, the sound of Phil Collins playing his electronic kit, drenched in gated reverb, was inescapable. The earliest electronic kits had physical advantages over traditional drums: they were compact and could be used with headphones for practicing quietly.
There was a backlash against electronic drums in some quarters, and against extensive setups as well. In his work with Nirvana, in the grunge era, Dave Grohl used a stripped-down kit, having just bass and snare drums, two toms and cymbals; other players used three-piece kits. Not everyone rejected electronic drums. Some players, like Radiohead’s Philip Selway, would combine conventional and electronic drum sounds to excellent effect.

These days, drummers have never had more options when it comes to gear. On the high end, kits like those in Yamaha’s Maple Custom Absolute series, or the DW Collector’s series, offer a configuration to suit any player, while at the other end of the price spectrum, Ludwig Breakbeats by Questlove kits offer a lot of bang for the buck. Yamaha, Alesis and other makers offer electronic kits sounding considerably more realistic than the earliest electronic drums. Not only that, DAWs come equipped with solutions for creating authentic-sounding drum tracks or uncanny percussive effects: a realm of possibilities that William F. Ludwig, Sr., the drum-set pioneer, could have scarcely imagine 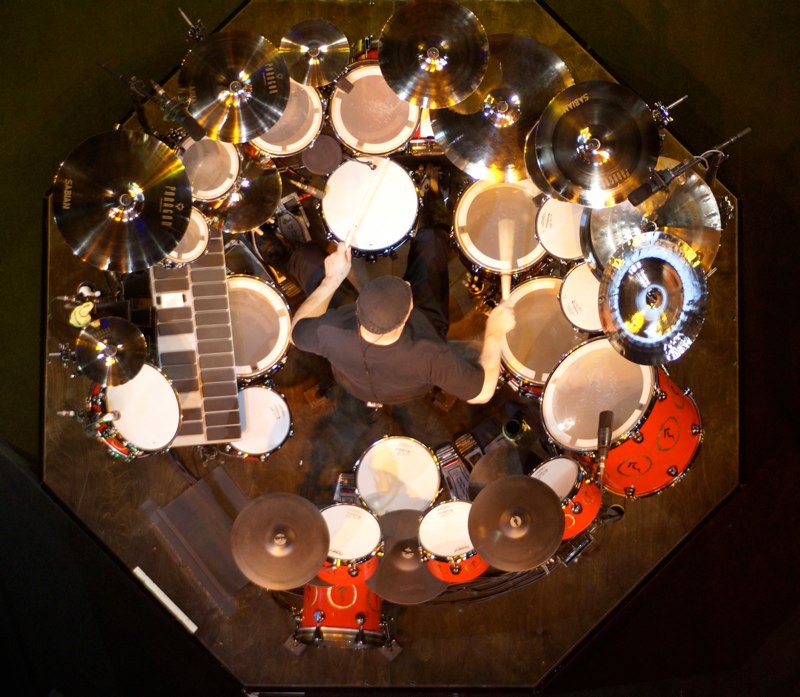