Voice Over Sydney: Approximately 50 million people speak Thai worldwide. It is used by about 85% of the population in Thailand, as well as by small groups of people in the United States, the United Arab Emirates, and Singapore. Thai stipulates different ways to address people to show varying degrees of respect or to acknowledge a person’s social rank. For example, there are particles that can be added at the end of a sentence to indicate deference to the person being spoken to, or to communicate the speaker’s opinion about what is being described.

Thai, which is sometimes referred to as Siamese, is part of the Tai language family. The languages in this family belong to the much larger Austric language group. The spoken language is believed to have originated in the area which is now the border between Vietnam and China, an idea which provides clues to the origin of the Thai people, an area of continued academic debate.
Thai houseThe written Thai Language was introduced by the third Sukothai period king, Ramkamhaeng, in 1283. This writing system has undergone little change since its introduction, so inscriptions from the Sukothai era can be read by modern Thai readers. The writing was based on Pali, Sanskrit, and Indian concepts, and many Mon and Khmer words entered the language.

Within Thailand, there are four major dialects, corresponding to the southern, northern (“Yuan”), north-eastern (close to Lao language), and central regions of the country; the latter is called Central Thai or Bangkok Thai and is taught in all schools, is used for most television broadcasts, and is widely understood in all regions.
Nowadays, English is also taught in all public schools. There are a few minor Thai dialects such as Phuan and Lue, spoken by small populations. Also within Thailand, small ethnic minority groups (including so-called “hill tribes”) account for around sixty languages which are not considered related to Thai.
The four primary dialects of Thai should not be confused with four different “languages” used by Thais in different social circumstances. For example, certain words are used only by Thai royalty, creating a royal language. 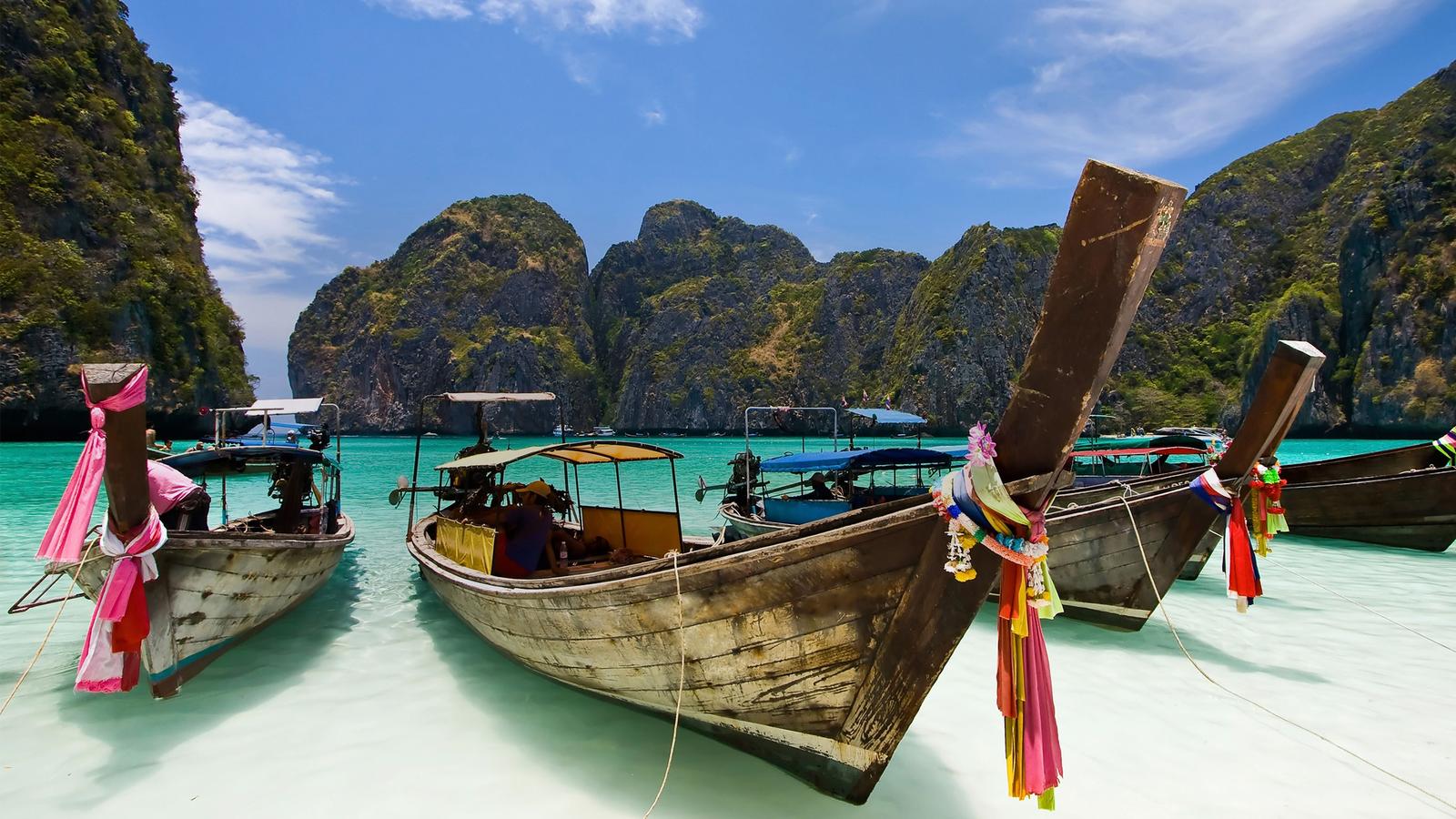