Recording Studio: Bongo Drums are a type of world percussion recording studio instrument traditionally made up of two different size drums attached to each other. The larger drum is called a hembra (Spanish for female) and the smaller drum is called the macho (Spanish for male). Drumhead sizes vary between 6″ & 7″ to 7″ & 8 1/2″. There are even smaller drum sizes for children: Yes, bongos for kids. Those sizes are typically around 5″ & 6″. During the early half of the 20th century, Afro-Caribbean rhythms had a huge influence on popular dance music and jazz worldwide. This brought bongos into our cultural vocabulary, from Beatniks to Mambo to the current revival of Cuban folkloric music.

The history of bongo drumming can be traced to the Cuban music styles known as Changui and Son. These styles first developed in eastern Cuba (Orient province) in the late 19th century. Initially, bongos had heads that were tacked and tuned with a heat source. By the 1940s, metal-tuning lugs developed to facilitate easier tuning. It is believed that Bongos evolved from the Abakua Drum trio ‘Bonko’ and its lead drum ‘Bonko Enmiwewos’. These recording studio drums are still a fundamental part of the Abakua Religion in Cuba. If joined with a wooden peck in the middle, such drums would look much like the bongos we know today.
Bongos are traditionally held between the legs, with the macho up against one thigh and the hembra down against the opposite calf. Most right-handed players place the macho in the upper left position, as the basic “martillo” pattern focuses on the macho. Lefties can do whatever works best for them. Always strike the drums with the pads of your fingertips, never with your knuckles. Striking with the bony joint will make a louder sound at first, but you will injure your hands that way, and risk causing or aggravating arthritis in your fingers. Practice striking with the pads, using a “snappy” wrist motion, and you will develop the crisp loud sound you want. 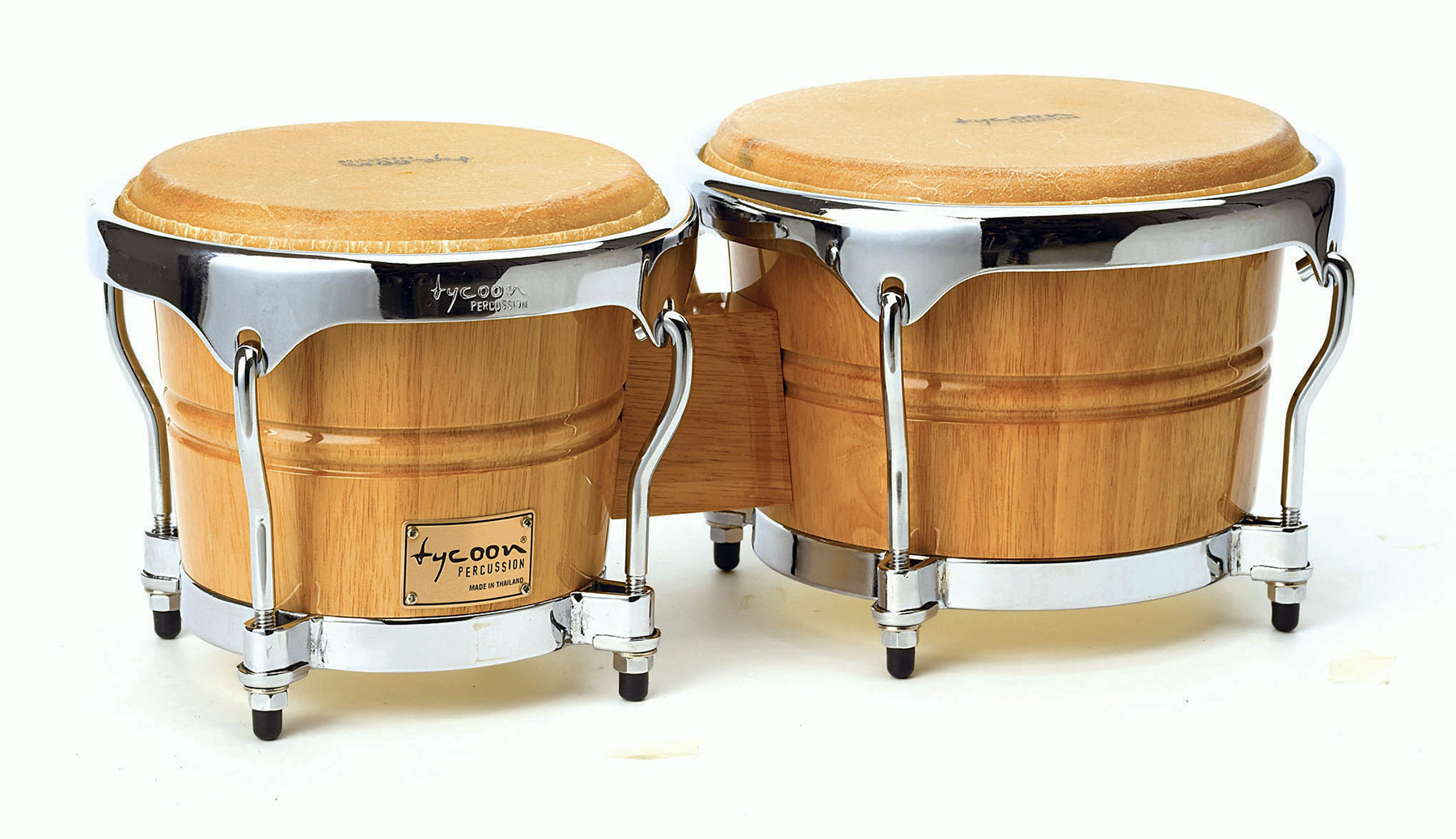