A staple in any good recording studio these days, the Djembe is a beautiful sounding African drum that is heard more and more in western music these days.

A djembe or jembe is a rope-tuned skin-covered wooden drum played with bare hands, originally from West Africa. According to the Bambara people in Mali, the name of the djembe comes from the saying “Anke djé, anke bé” which translates to “everyone gather together in peace” and defines the drum’s purpose. In the Bambara language, “djé” is the verb for “gather” and “bé” translates as “peace.” So the Djembe can be an object of peace in any recording studio.
The djembe has a body carved out of hardwood and a head made of animal hide, most commonly made from goatskin. Excluding rings, djembes have an exterior diameter of 30–38 cm (12–15 in) and a height of 58–63 cm (23–25 in). The majority have a diameter in the 13 to 14 inch range. The weight of a djembe ranges from 5 kg to 13 kg (11–29 lb) and depends on size and shell material. A medium-size djembe carved from one of the traditional woods (including skin, rings, and rope) weighs around 9 kg (20 lb).
The djembe can produce a wide variety of sounds such as a bong, bung, or even bang. This makes it an incredibly versatile drum in the recording studio. The drum is very loud, allowing it to be heard clearly as a solo instrument over a large percussion ensemble. The Malinké people say that a skilled drummer is one who “can make the djembe talk”, meaning that the player can tell an emotional story just by using the instrument.
I love playing the Djembe! What an awesome gift that West Africa has given to the world and every recording studio.  They are beautiful drums in every way. 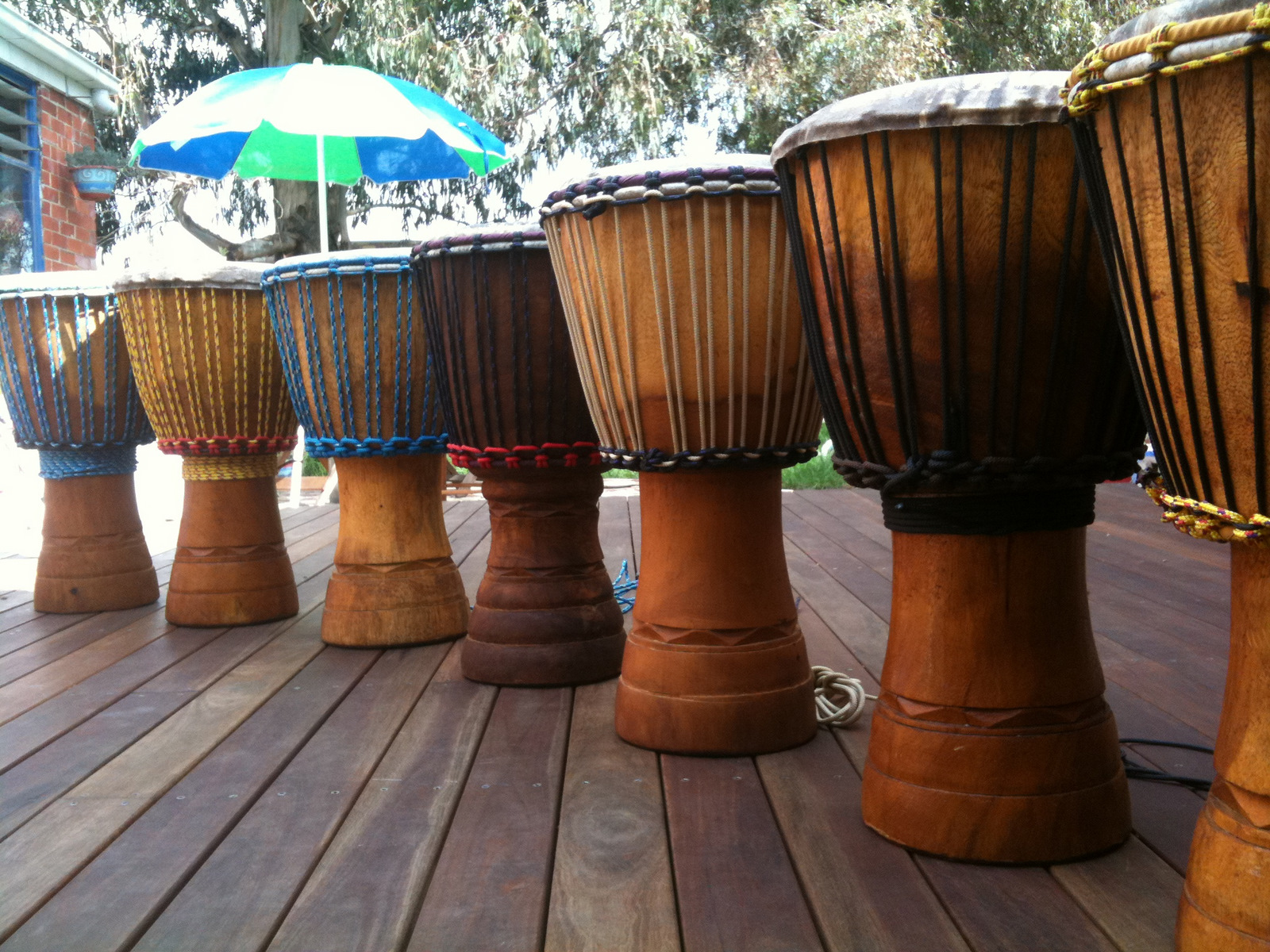