I find this absolutely fascinating but you would be hard pressed to find these guys in a recording studio, it is just to cold. What if we took the recording studio to them? would the microphone freeze? You would have to be careful not to touch the metal with your lips because at -20C it would be sure to get stuck.
Lake Baikal is the world’s biggest lake by volume of water is so big, in fact, that it contains 1/5th of the world’s unfrozen surface freshwater. It’s also the world’s deepest lake (just over a mile in depth), and is perhaps the world’s oldest as well. Baikal is home to a number of fascinating animals, including one of the only freshwater seal species, as well as an extremely fatty, scaleless, translucent fish called a golomyanka.

But what’s this got to do with music? Well, a Russian percussion group known as ETHNOBEATfrom Irkutsk Technical University—sojourned to Lake Baikal in March of 2012 to drum on the frozen surface of Lake Baikal. Watch as the groups members brave the -20ºC weather to produce a beautiful array of percussive sounds using only their hands and the different types of ice at their disposal. The group owes the project to a piece of clumsiness—Tatiana, the wife of one of the drummers, had previously fallen on her bottom, producing an intriguing musical sound when she hit the surface. From there, a singular concert arose, turning frozen water into a symphony.
I wonder if they could build a recording studio out of snow bricks or a little hut out over the ice like they do with ice fishing. It would be great to be able to record this stuff in a recording studio. In the coming blogs I will be loooking for more cool stuff like this.
https://www.youtube.com/watch?t=32&v=en0p1Y35p3w 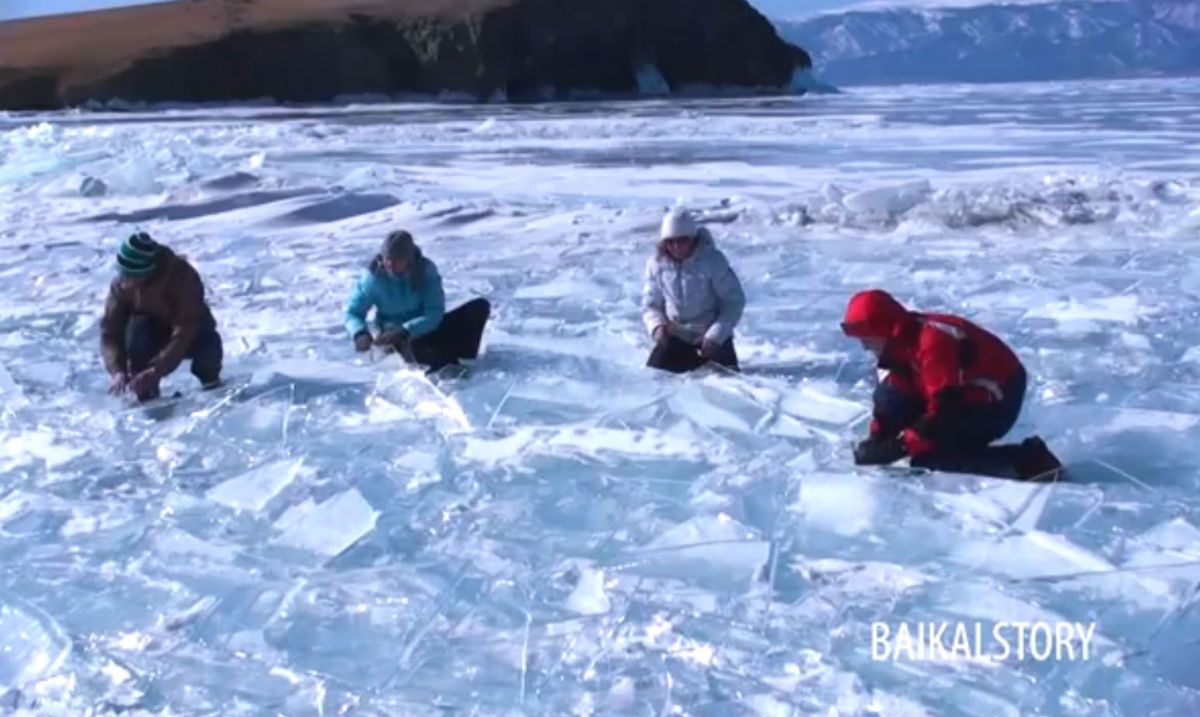