Recording Studios Sydney: While drummers were still adapting to this new invention it was thought that perhaps cymbals could be played in the same manner. Early bass drum pedal designs began to include cymbal strikers. Strikers were attached to the shaft of the bass drum beater. A cymbal was mounted on one side of the bass drum hoop allowing the bass drum and cymbal to be struck simultaneously.

While the first patent ever registered for a combined bass drum pedal and cymbal striker dates back to as early as 1888, it wasn’t until 1909 that William F. Ludwig and his brother Theobald made history, revolutionising drumming with the invention of the first spring driven pedal. Immediately drummers were able to play faster and for longer periods of time. Ludwig’s new pedal designs grew to include a mechanism that allowed drummers to switch the cymbal striker on and off with their foot as desired. The idea that a drummer could play a multitude of drums, cymbals and sound effects was now plausible and in fact, reality! 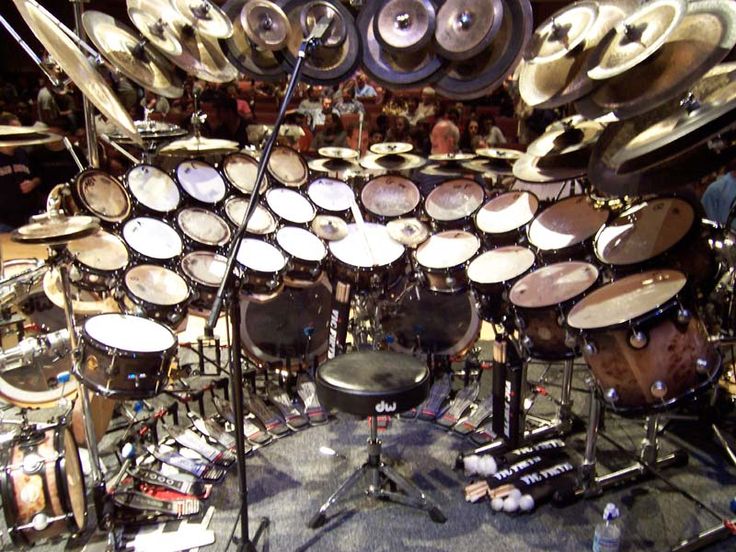 The drum-kit at this point was still very much in the infant stages of development. In 1918 Ludwig began marketing arguably one of the first drum-sets ever offered. The Ludwig “Jazz-er-up” outfit consisted of a 24″ X 8 bass drum, 12″ X 3 snare drum, bass drum pedal with cymbal striker, suspended cymbal and hoop mounted wood block.
Ludwig later added an accessory package consisting of two single headed tuneable toms, cowbells, two tone blocks and triangles.
The modern drum-kit was now beginning to take shape.
In the mid 20’s drummers began to realise the potential of tom-toms in creating and expanding the scope of sounds available to them. The development of the modern tom-tom began with the Chinese tom-tom. This crudely made drum consisted of a shell with two heads (top and bottom). Each head was folded and tacked to the outer of the shell and displayed a painted traditional Chinese symbol or dragon.