There has been times in history where recording studio and stage alike have been host to true vocal geniuses.  Today while on Facebook I cam across this incredible guy Gennady Tkachenko-Papizh.  Have a look at the video and see for yourself:

This guy is a true vocal channel.  He is picking up vibration and translating it into sound in the most uncensored way.  He takes people on a trip around the cosmos with his voice.  He is obviously very well trained and has spent a lot of time in the recording studio but he also have the ability to let all of that training go and just open to the vibration.  I have been a sound channel for nearly 10 years now and I certainly haven’t seen anyone open to the level that this guys does.
The human voice has so much potential, it is not limited to mere vocal chord mechanics.  There is something else more cosmic at play and if we really let ourselves open and be vulnerable the potential sounds that can be made by the human voice are virtually limitless.
It is important to have training and of course lots of practice and recording studio time but true vocal genius comes from opening up to something bigger than us so that the cosmic universal voice can sing through us.  Gennady can be a sufi, a native american, an african man and many more.  Just by opening to the vibration of those people he can translate that vibration into sound.
We need more of this stuff in the recording studio, this is where true magic happens and what is captured can truly change the lives of many people.  The world continues to see more of this style of music, it is gaining popularity as people seek connection with themselves, the earth and ancient knowledge and vibrations.  I am so happy that I found this today it has inspired me to open even further. 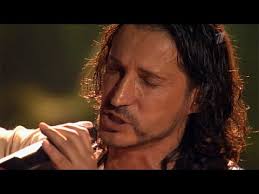