Why aren’t there more women in the recording studio? 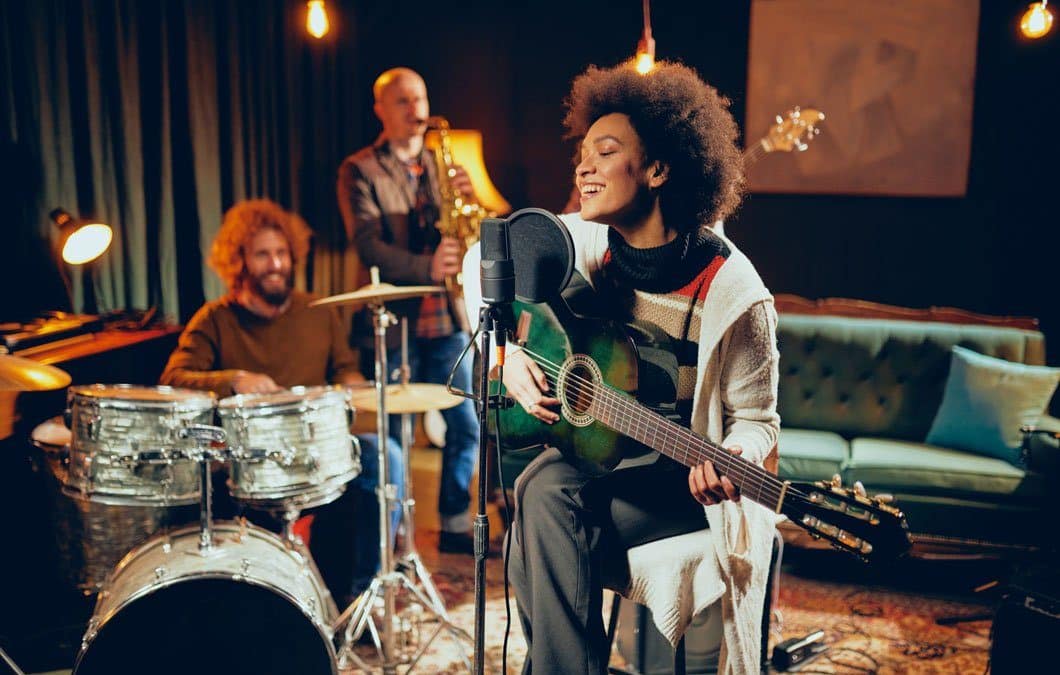 Women in the studio have very often been present as the role of a singer, actress or voice over artist. Occasionally you will find a pianist or instrumentalist of another sort but why are there so few women producers?

Perhaps it reflects the status and evolution of women in the workforce in general? Or maybe there are other factors inhibiting the expansion of women into the industry. So what is preventing women for entering the work force and producing in a good Sydney Recording Studio?

One thing Karrie Keyes would say for certain is that it is not for lack of ability or aptitude. Monitor engineer for Eddy Vedder and Pearl Jam for over 25 years, Karrie founded an organisation called “Soundgirls”. Along with Michelle Sabolchick soundgirls is an advocacy group for women encouraging more women to enter the production world.

She discusses the battles and prejudice she faced when starting in the industry. Soundgarden had asked her to be on the road with them for a tour of Europe in 1990 because of her excellent skill set. Unfortunately one of the co-headlining bands from Europe voiced their concern about having a woman on the road with them. They were concerned that “she might cause drama”. She still got the job and by the end of the tour was convinced that she was the only member of that tour that did notcause drama!

These prejudices and other complications coupled with traditions and stereotypes have made it hard for some talented women to enter their chosen career.

Yet how many girls even choose the career in the first place? The reality of childhood and adolescence is that we all look up to those we see around us. That is our frame of reference as we grow. As Karrie states at the Women’s international music awards – “You cannot be what you can’t see. Now when young girls want to go into music production or sound engineering. They will have role models with a female face.”

Are there any traits inherent in the female psyche that can be an advantage in production? Those who work with Laura Sisk say yes absolutely. She is famous for having said to be careful when you remove noise because “you might be removing valuable intensity and intimacy.” Often a skilled female producer can bring a very sensitive and different perspective. Laura engineered “Norman Fucking Rockwell”, the Lana Del Rey record. She worked with producer Jack Antonoff on Del Rey and also with Taylor Swift, Lorde, Pink and others. Jack himself said of Laura “she is the unsung hero of all of this”.

So how did someone like Laura end up in the industry in the first place. What are the pathways a young girl takes to end up in a male dominated industry? She began with piano and oboe in high school and on a particularly important audition week, the band director became sick. Well she had no choice but to learn how to use the old Roland recording system that the school had. With this experience behind her in high-school she had the confidence to apply for the Jacobs School of Music at Indiana University, Bloomington. Jacobs SOM was a thorough intensive education and led her to intern in a few studios in summer break. From there she landed a job with John Hill in Los Angeles. She worked with him on albums by Shakira and many other top artists. She said it was a “trial by fire” and cause very fast growth in her skill set.

Laura Escude jumped over the desk from the other side of the industry as a professional violinist. Her best friends boyfriend was DJing and mixing when she asked about it – “what is that you are doing on the desk”. He replied “the learning curve is too steep, it’s hard to explain.” Upon hearing that she said “it lit a fire under me” and she began to study and learn how to mix for herself. From there she not only mastered the techniques of live mixing but went on to be the world’s first Ableton Live Certified Trainer. She founded Electronic Creatives – a training centre where she produces and teaches a range of popular music programmers in the live music scene. With outstanding industry programming credits having worked with Selena Gomez, Missy Elliot, American Idol and Kayne West, she is certainly a great role model for women in the recording studio.

Perhaps the next move is point person studio production. A lot of what we discuss in this blog is engineering and live production. This doesn’t mean there aren’t women producers out there. It’s just that usually they are producing themselves.

Kate Bush, a prolific song-writer and performer has a very heavy role in the production of her own albums. Some of her in-depth musing is captured in the following quote given in an interview on BBC radio.:

“I was just getting near the end of the take and I was playing so softly that at one point my finger didn’t hit the note on the piano so suddenly there was this space, there was silence and I thought, ‘no, no I’ll just keep going’ and actually that’s the take we used on the record because it just had a feel about it but there is this little hole in the track (Front Row BBC Radio 4, 22nd November 2011).

This is a classic example of a women’s ability and production intuition shining from outsidethe profession. Surely it is just a matter of time before young women start choosing this as a career and delving deep into the production world. Then we will finally see more women in the recording studio.