Recording Studio: But drummers wanted more. And so the drum set evolved to included a pair of tom-toms and also a contraption tray, holding horns, whistles and various other noisemakers. Named after the word “contraption,” these early drum sets were known as “trap kits,” a name that’s still used occasionally to describe the drum set.
The Roaring ‘20s saw the cymbal receive a pedal, like the bass drum had done in the previous decade. A new instrument, the low boy, was a pair of oppositely facing cymbals, mounted a foot off the ground, that crashed together when the pedal was depressed. The resulting effect was that of a hand-muted cymbal being struck. Soon the low boy grew taller, evolving into the hi-hat we know today.
The drum set developed further as a long line of percussionists of all stripes demanded certain configurations to suit their styles. In the 1930s, one of the first great drum-set players, Gene Krupa of the Benny Goodman Orchestra, ditched the contraption kit and opted for a four-piece kit with bass and snare drums, a small tom mounted to the bass drum, and a larger one on the floor, complemented by a hi-hat and ride, splash and crash cymbals: the drum kit in its modern incarnation. This setup enabled Krupa to develop into a vivid soloist.

The modern recording studio drum kit is what allowed players like Max Roach to play polyrhythms at racing tempos and, in the 1940s, develop a highly complex new jazz idiom: bebop. They began using the ride cymbal to delineate time in a swinging way, and this pattern, which you no doubt know, is still the basic rhythmic unit of jazz.
In the 1950s, as more recording studio drummers took their kits on the road, they experienced technical difficulties when their drumheads, made from animal skins, got out of whack due to fluctuations in temperature and humidity. In response, the first Mylar polyester film drumhead was developed, allowing for easy maintenance and a consistent sound, with a quicker response than its animal-skin counterpart. This coincided with the development of rock drumming by players like Earl Palmer, the Rock and Roll Hall of Famer who’s frequently credited with creating the backbeat and who drummed for Little Richard, and D.J. Fontana, who drummed for Elvis Presley. 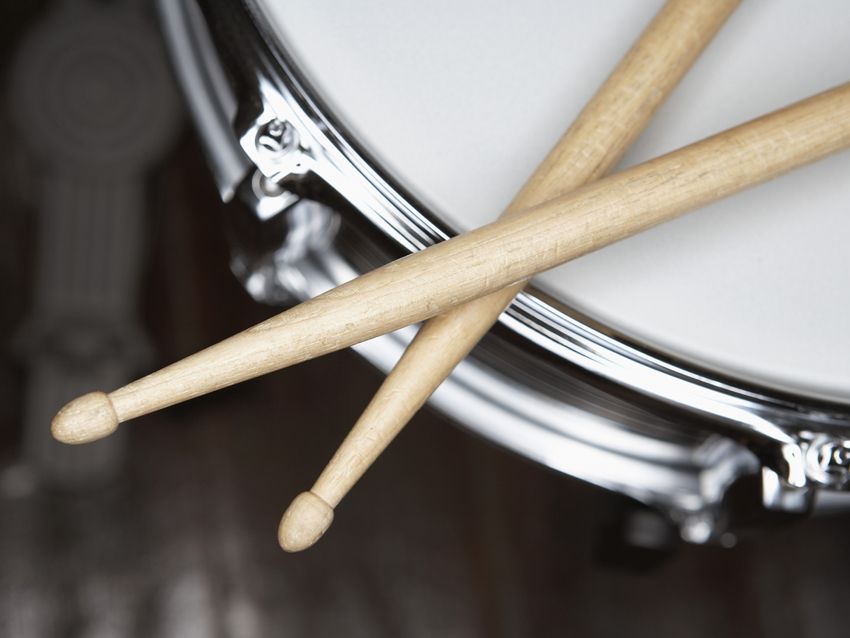