Recording studios are places of creativity and fun and to create the best results should have a relaxed a laid back vibe.  Having said that, some structure also needs to be in place so that everything runs smoothly and that there are proper boundaries in place so that everyone is respected.

There is a saying, “it is better to be an hour early than 5 mins late” and this is a good rule to live by. Maybe not at a recording studio because if you are an hour early you will probably be waiting outside 🙂 But be on time, or perhaps 5-10 minutes early for your scheduled session.  Recording studios are usually booked in blocks of time and if you are late it is your responsibility.
This goes for engineers too, the studio should be set up for the session well before time and clients should never be kept waiting.  At our Sydney Recording Studio Crash Symphony Productions we pride ourselves on the quality of the service we provide and that includes the efficiency with which we run sessions.

As with anything, good recording studio productions take time.  Having said that though, the engineer should work in a timely manner so that the job is completed efficiently.  It is very important that timings and costs are communicated effectively between the engineer and the artist.  If adjustments need to be made along the way then they should be communicated in the first instance.  This saves any little surprises along the way for both parties and makes for an open and harmonious relationship beween the engineer and artist.

It is important to establish how much input the engineer should have.  Many artists don’t want too much feedback, some want alot of feedback and guidance.  It is important to establish up front how much input the engineer will have during the recording session.  When in doubt use common sense, or the engineer can wait until the end of a few takes until there is a logical break in the session and bring up any concerns or questions at that time.

During a booked session between both the engineer and the artist should have their phone switched off.  Period.  There is nothing more disrespectful than either party wasting the others time during the session with texting or a phonecall. 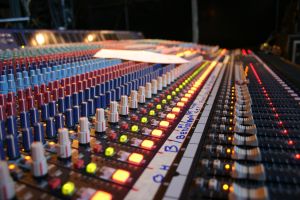