Most Afro-Cuban recording studio music, such as the Changui and Son, have deep roots in the cultures that were crossed in the 19th century. The African slave trade brought to the Americas a rich and diverse population that influenced the Latin cultures through music and instrumentation. Many of these instruments, including the cajon, were constructed from the leftover shipping crates, boxes and scraps of metal or other materials considered trash. The cajon and marimbula are testimonials to the ingenuity of their creators, as well as to the spirit of a culture that continued to thrive while confronting unfamiliar people, places and treatment.

Native to the Caribbean Islands, the recording studio marimbula is known by many other names, including the Jazz Jim, Bass Box, malimba or manimba. It resembles the smaller kalimba, or mbira, an African “thumb piano,” made from gourds and metallic keys that are played with the thumbs. The marimbula is similar to the cajon in its size and appearance, but features metal keys that are played with the fingers to produce low, melodic and harmonic tones.
The sound produced from the marimbula is perfect to enhance Latin rhythms or as the accompaniment to vocals, and it is a perfect substitute for bass sounds during performances. It is played while sitting on its top, plucking keys and beating the sides of the box like a drum, or it can be strapped to its player for parades or other performances. Unlike the mbira, the marimbula’s keys are meant to be played with the index and middle finger, not the thumbs, to produce its haunting rhythmic and harmonic bass tones.
Today’s recording studio marimbulas are manufactured from materials specially selected to produce quality tones and consistent sound. While many marimbula players can be found in the Carribbean islands, it is not uncommon for modern rock, R&B, Latin and World Music artists to incorporate its sound within recordings and performances. 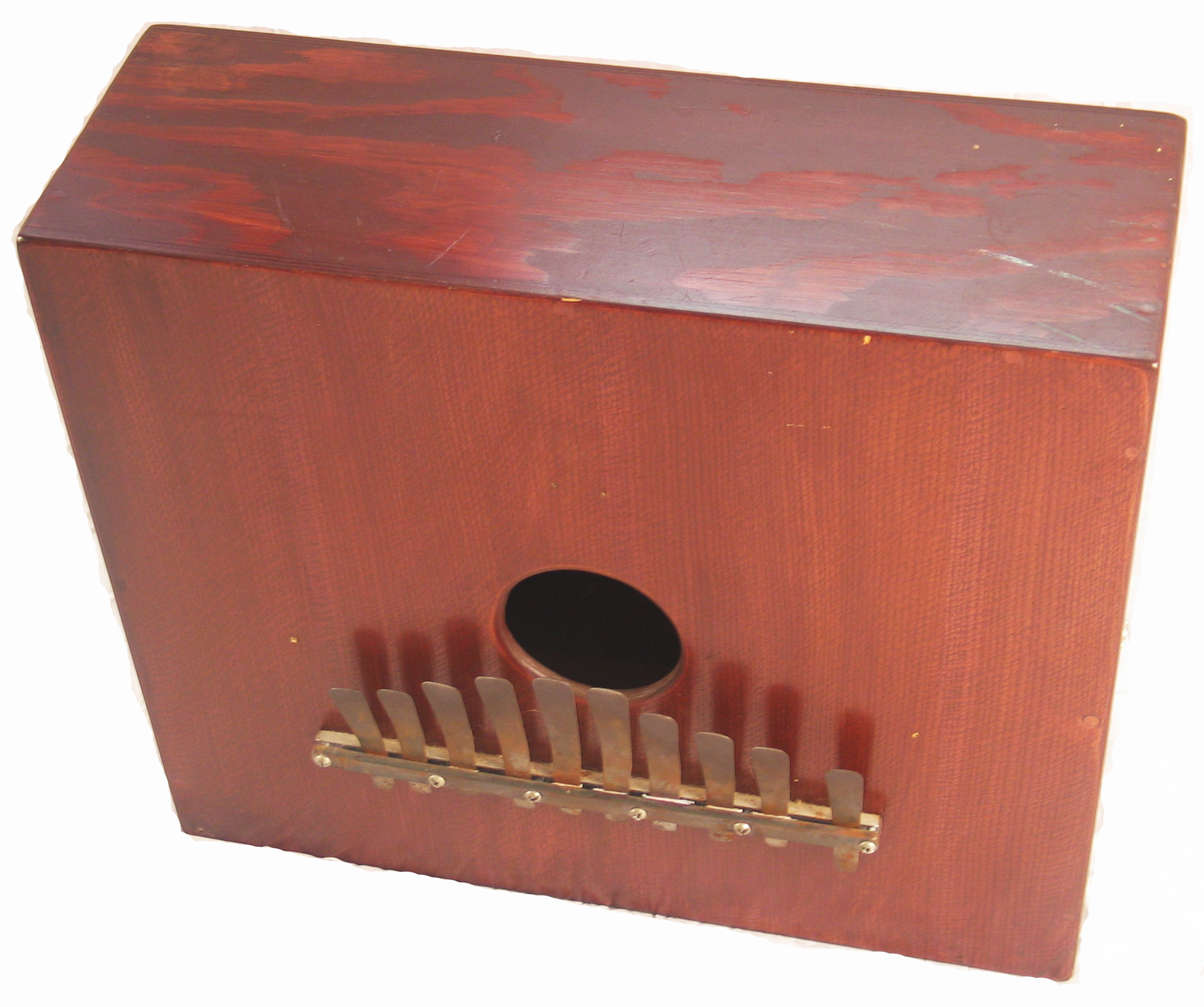