Sydney recording Studio: Tom Jones is a Welsh rock, pop and soul singing legend best known as an international hit maker over the last five decades. His popular singles include “It’s Not Unusual,” “Green Green Grass of Home,” “Delilah,” “Till” and “A Boy From Nowhere.”
Tom Jones is a Welsh singer born on June 7, 1940, in Pontypridd, Wales. Influenced as a child by American blues, r&b and rock ‘n’ roll, over the past five decades the singing legend has produced hits in both the United States and the United Kingdom. Highlights include classics such as “Once Upon a Time,” “With These Hands,” “What’s New Pussycat?,” “Green, Green Grass of Home” and “Delilah.” He continued to put forth successful albums from the ’80s into the new millennium, with hits particularly catered to the British and European markets. Drawing on his extensive musical experience, Jones became a judge on the U.K. reality show The Voice in 2012.

Born Thomas John Woodward, Jones entered the world on June 7, 1940, in the industrial town of Pontypridd, Wales, the son of Thomas Woodward, a miner, and Freda Jones, a homemaker. From an early age Jones loved to sing at gatherings and in the school choir.
As a child in school, he struggled with dyslexia but enjoyed listening to music, including BBC radio, which featured American blues, r&b and rock—genres which later influenced his musical style. He was also diagnosed with tuberculosis at the age of 12 and was kept quarantined at home for an extensive period of time.
As a teen, Jones was more interested in booze and girls rather than his education, and quit school at age 16. To earn money he worked as a builder’s laborer and a door-to-door vacuum salesman.

In 1963, Jones started to sing with the band Tommy Scott with the Senators. The crowds loved the group, but growth was limited due to their non-urban location. This changed the next year, when London-based Gordon Mills discovered Jones, bringing him to London and becoming his manager. 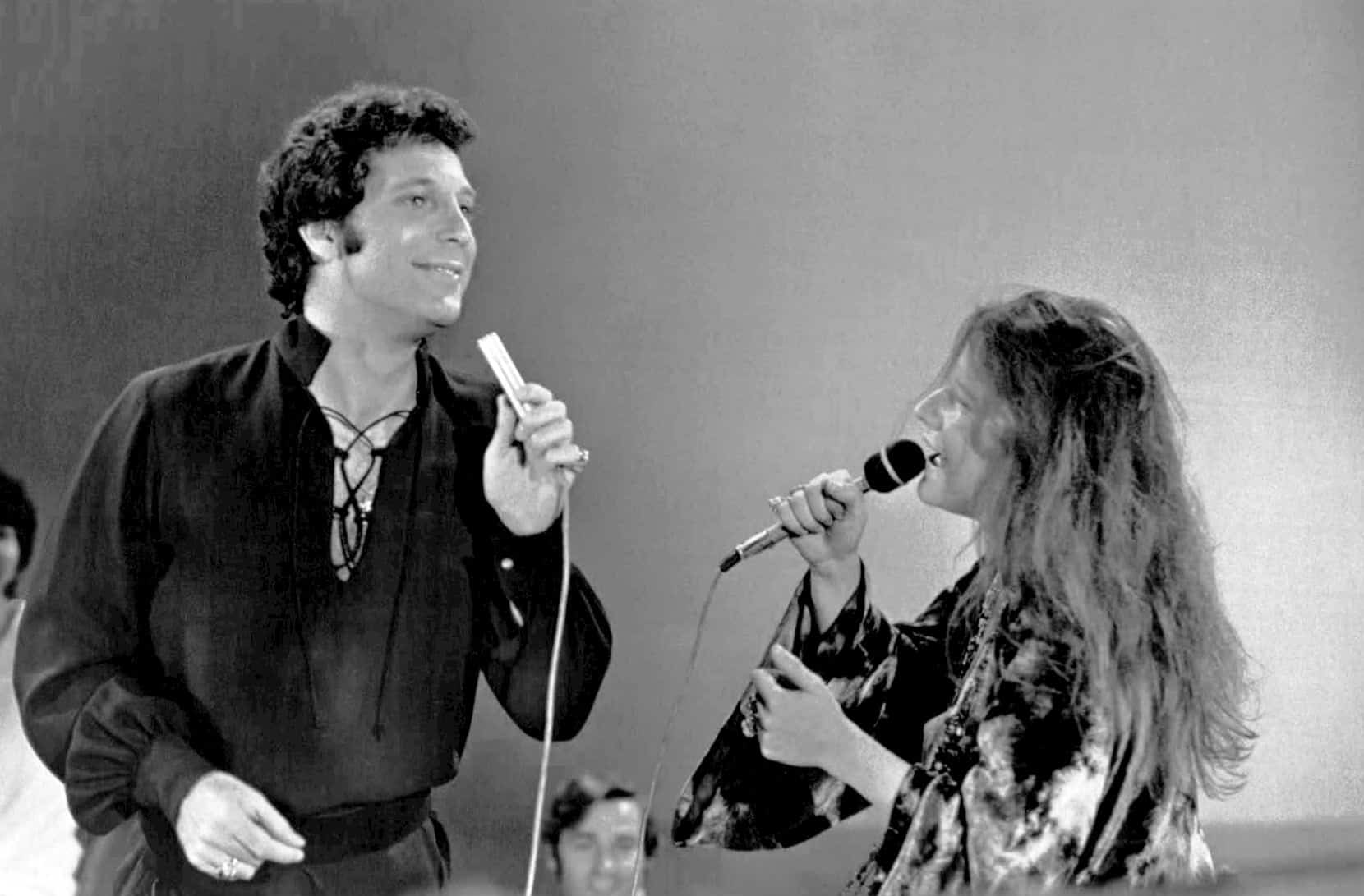