Sydney Recording Studios: By 1960 Harrison’s music career was in full swing. Lennon had renamed the band the Beatles, and the young group began cutting their rock teeth in the small clubs and bars around Liverpool and Hamburg, Germany. Within two years, the group had a new drummer, Ringo Starr, and a manager, Brian Epstein, a young record-store owner who eventually landed the Beatles a contract with EMI’s Parlophone label.
Before the end of 1962, Harrison and the Beatles recorded a top 20 U.K. hit, “Love Me Do.” Early that following year, another hit, “Please Please Me,” was churned out, followed by an album of the same name. Beatlemania was in full swing across England, and by early 1964, with the release of their album in the United States and an American tour, it had swept across the Atlantic as well.

Largely referred to as the “quiet Beatle” Harrison took a backseat to McCartney, Lennon and, to a certain extent, Starr. Still, he could be quick-witted, even edgy. During the middle of one American tour, the group members were asked how they slept at night with long hair. “How do you sleep with your arms and legs still attached?” Harrison fired back.
From the start, the Beatles were a Lennon-McCartney driven band and brand. But while the two took up much of the group’s songwriting responsibilities, Harrison had shown an early interest in contributing his own work. In the summer of 1963 he spearheaded his first song, “Don’t Bother Me,” which made its way on to the group’s second album, With the Beatles. From there on out, Harrison’s songs were a staple of all Beatles records. In fact, some of the group’s more memorable songs, such as While My Guitar Gently Weeps and Something—the latter of which was was recorded by more than 150 other artists, including Frank Sinatra—were penned by Harrison. 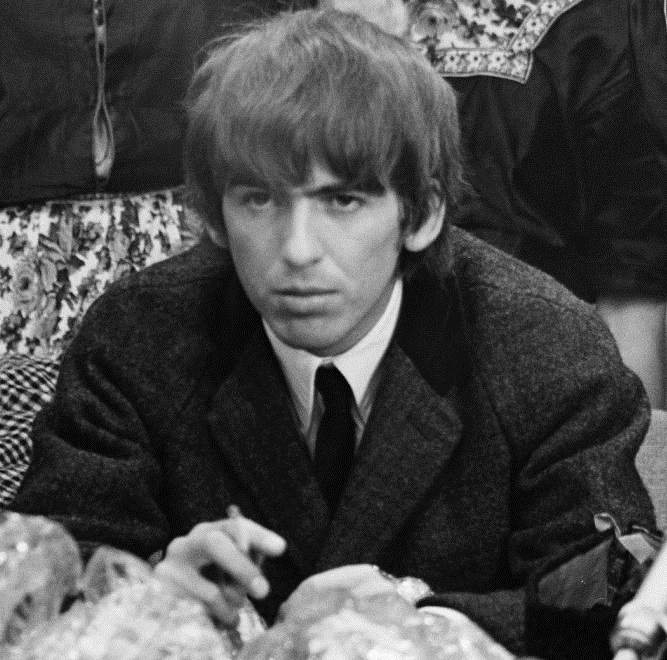