Sydney Recording Studios: Around this time, Cohen briefly attended Columbia University before returning to Montreal, where he worked various jobs while continuing to write poetry. However, when his next book, The Spice-Box of the Earth, was published in 1961, it marked the beginning of what would be one of Cohen’s most fruitful periods. Both a critical and commercial success, Spice-Box established Cohen as an important literary voice and also earned him enough royalties that combined with the proceeds from a Canadian writing grant and a small family inheritance allowed him to buy a modest house on the Greek island of Hydra, where he would live on and off for much of the next seven years and “write and swim and sail.”
Cohen’s output from this time includes the poetry collections Flowers for Hitler (1964) and Parasites of Heaven (1966), as well as the novels The Favorite Game (1963) and Beautiful Losers (1966), the latter earning Cohen lofty comparisons to James Joyce, and public outrage in Canada for the book’s overtly sexual content. Despite all of the attention, however, Cohen was beginning to feel that he would not be able to make his living as a writer alone, and he began to explore music again, seeing it not only as a natural vehicle for his poetry but also a potentially more lucrative one. He would not be wrong on either count.

Returning to the United States, Cohen settled in New York and began to explore the city’s music scene. By this time well into his 30s, Cohen was significantly older than his contemporaries and was on more than one occasion discouraged by agents from attempting a career as a performer. However, fellow folk singer Judy Collins had already recognised Cohen’s significant talents, performing covers of his songs “Suzanne” and “Dress Rehearsal Rag” on her popular 1966 album In My Life. With her encouragement, Cohen made his debut at the 1967 Newport Folk Festival, where among the audience members was A&R rep John Hammond, who quickly added Cohen to his impressive roster—which already included such superstars as Aretha Franklin and Bob Dylan—by signing him to Columbia Records. 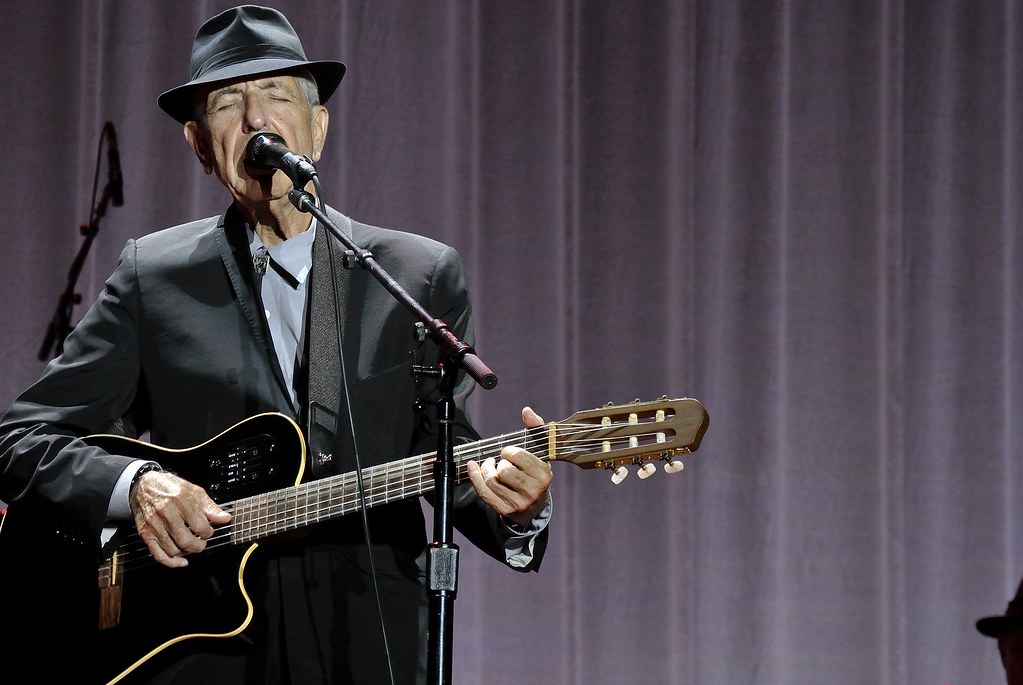