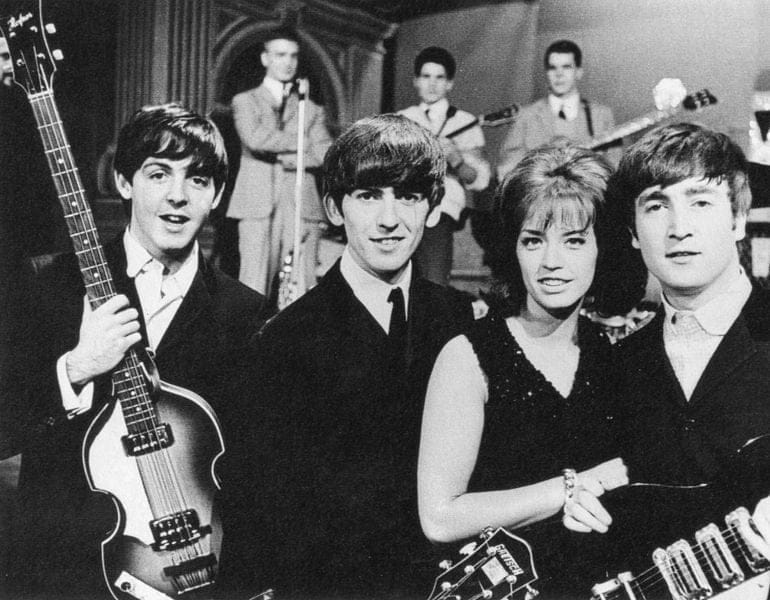 The Beatles are everywhere. Not only their catchy singable songs but their image and memory. The 3 surviving members continue to produce new music each year. Its something they can’t help but do. They write and write and write. Prolific composers with so much to say. Where did it all begin? This blog traces the origins of each of the members and helps to unpack the elements of such a successful band. The Beatles have influenced many bands in a Sydney Recording studio.

Firstly we have to start with the enigmatic Lennon. The one who never made it into the 1980’s. Snuffed out tragically by a madman. Lennon died young

John Lennon, the founder of the Beatles

He was born in the working class city of Liverpool. His father was a merchant seaman and constantly travelling to provide for the family.  The family fell apart early and a young John was cruelly forced to choose between mum and dad. He ended up with his aunt Mimi who essentially raised him. It was his aunt who introduced him to to music and purchased him a mouth organ. His mother visited regularly and played him Elvis Presley records. She also taught him to play the banjo. Lennon describes himself as developing into a loudmouthed, lunatic poet/musician. The sort of boy that other parents would warn their children to stay away from. Lennon is raised by women and thus claims a great feminist education.

In 1956 his mother bought him is first guitar. His mother encouraged his musical aspirations but his aunt Mimi was cynical. “The guitar’s all very well, John, but you’ll never make a living out of it.” Many wanna be musicians enter a Sydney Recording studio daily.

Secondly, we discuss Paul McCartney. Paul played bass. Paul played guitar. played trumpet. Paul’s father was a decent trumpet player and purchased Paul a trumpet. However Paul traded this in for a guitar at age 11 when he discovered the fun of Rock n Roll. He wrote his first song on this guitar and changed the strings to accomodate his left handedness. At age fifteen the fateful St Peters Church Hall fete united him with the Quarrymen and John Lennon. Together they collaborated to become The Beatles and took their first residency together in Hamburg.

Harrison was another Liverpuddlian. He grew up with a music enthusiast mother. He had a formative experience in 1956 when he was riding his bike and heard Heartbreak Hotel playing from a nearby house. This sparked his interest in Rock n Roll. He became fascinated by guitars. Slim Whitman was the first person he ever saw playing a guitar. He auditioned for he Quarrymen (Lennons first band) in 1958 after being recommended by Paul McCartney. Being younger than the other band members presented its challenges. The whole band was deported from their first residency because Harrison was too young to play in night clubs.

Lennon played guitar. Firstly, Lennon formed his first band at age 15 called “The Quarrymen. This is known as a “skiffle group”. Essentially a style of music influenced by American jazz, folk and blues music. With homemade, economic instruments. At one of their first concerts Paul McCartney turned up. John asked him to join the band. They began rehearsing in the front room of McCartney’s house. Though McCArtneys family was cynical of the whole project. McCartney was friend with a young George Harrison (just 14 years old) and recommended him to join. After an audition on a Liverpool bus, Lennon was convinced. With these three and a bassist friend of Lennons – Stuart Sutcliffe, they formed The Beatles.

Hamburg was a riot. His aunt Mimi is horrified but there is no stopping them. The Beatles desperately needed a drummer. They found Pete Best. After being asked to return for 2 subsequent residencies they really got to become a tight, efficient machine. Brian Epstein discovered them in the Cavern Club in Liverpool and began to manage them. He encouraged them to abandon their scruffy image and to wear costumes. They also replaced Pete Best with Ringo Starr and the famous, clean cut line up was established.

Ringo played drums. He had a rough childhood and didn’t see his father much. At 6 years old he had appendicitis which led to peritonitis and a coma. He took 12 months to recover and spend much of that time in a children’s hospital. Even upon returning home he missed a lot of school and so fell behind. in 1953 he caught tuberculosis and was checked into to a sanatorium for 2 years. Here was the magic moment where he discovered drums. He joined the hospital band. From this point on, Ringo becomes obsessed with drums. His first band was the Clayton Squares. Many session drummers in Sydney enter a voice over studio to make the scene.

The road to stardom

The Beatles write songs. They write Love me Do in 1962 and goes to number 17 on the charts. Shortly after, Lennon and McCartney co-wrote their first album “Please, Please Me”. This was recorded in about 10 hours while Lennon had a cold. This album went viral and The Beatles phenomenon began. Beatle clones enter a music studio in Sydney every day.

A huge highlight of the early years was when they were asked to perform at the Royal Variety Show. Lennon made jokes. Lennon’s famous quote at this time was “For our next song, I’d like to ask for your help. For the people in the cheaper seats, clap. Your hands… and the rest of you, if you’ll just rattle your jewellery.” This begins an image of them as a people band. 1964 induced mad Beatlemania and they skyrocketed to world fame on the Ed Sullivan Show. 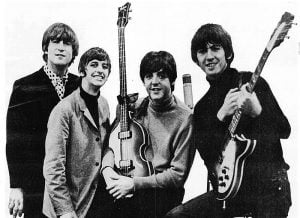