Marathi ranks 4th in India according to the number of speakers as their primary language. Marathi belongs to the group of Indo-Aryan languages which are a part of the larger of group of Indo-European languages, all of which can be traced back to a common root.

Marathi can be traced back far beyond the 10th century. It descends from Sanskrit through Pali, Maharashtri and Maharashtra – Apabhramsa. A gradual process of change and modification in the spoken language has led to the rise of the present Marathi. The origin and growth of Marathi literature is indebted to two important events.
The first was the rise of the Jadhava dynasty whose capital was Devgiri. The Jadhava’s adopted Marathi as the court language and patronized Marathi learned men. The second event was the coming of two religious sects known as Mahanubhav Panth and Warkari Panth which adopted Marathi as the medium for preaching their doctrines of devotion. Writers of the Mahanubhav sect contributed to Marathi prose while the saint-poets of Warkari sect composed Marathi poetry. However, the latter group is regarded as the pioneers and founders of Marathi literature.

The first known examples of the written Marathi language are found in inscriptions dating to about the 11th century. Today Marathi is most commonly written using the Devanagari script, which is also used in the Hindi and Sanskrit languages. The Sanskrit alphabet dates back to circa the 7th century AD and long served as the sacred and literary language of Hindi India. The form of Devanagari used to write Marathi is slightly different from that used to write Hindi and other Indian languages; variables may include characteristics such as diacritic marks inserted to alter pronunciation.
The Devanagari script is easily recognized by the horizontal line over each letter that connects groups of letters. In the Marathi language, the Devanagari script is used both for official purposes and printed literature, as well as for everyday handwriting. An alternative form of cursive Devanagari, known as Modi, is also used for handwritten Marathi, although less frequently. 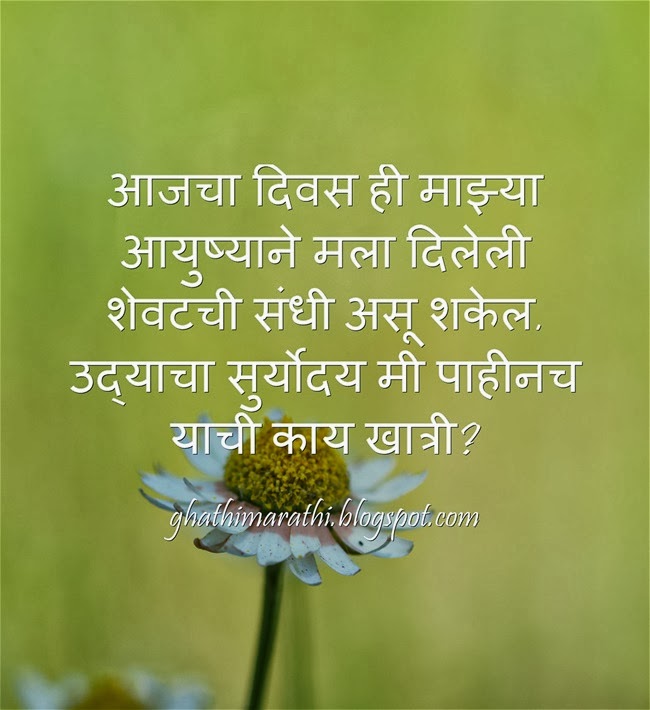