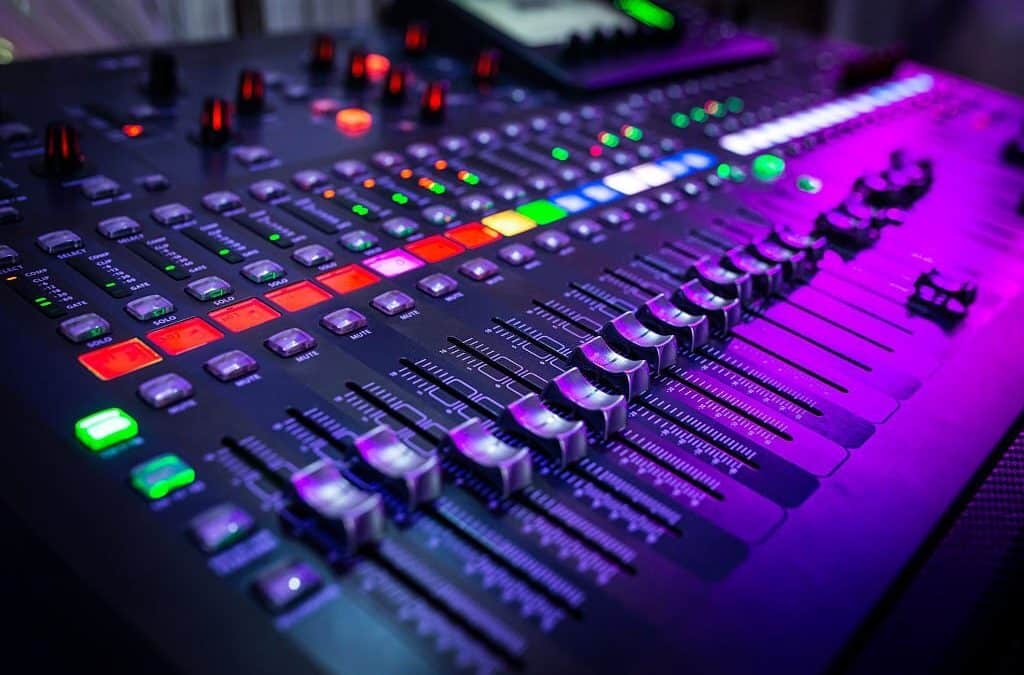 Music Production isn’t really like any other career. Every music producer has a unique array of talents and skills that they bring to a project and there’s no real university degree that will teach you how to be a good music producer. What makes a good music producer is highly speculative but many skills come into play like psychology, musicianship, technical skills, computer skills, communications, and general creativity. In this article we’re going to briefly touch on some of the points that I’ve experienced on my journey to being a music producer.

Music producer was never a career that I set out to make. It didn’t just happen either. I certainly never fell into the role of becoming a music producer but as a time and life moved on it made more and more sense for me to own this role. When I was at school I had my heart set on becoming a pilot in the air force. I studied super hard at school and I was a diligent student but I was always frustrated with my marks relative to how hard I would study. I just wasn’t naturally gifted in the classroom. However, much to my frustration (as strange as that may sound), I was excellent at music. A natural. I could play most instruments that I put my hands to and I was in love with music. It was very much an escape for me. I started writing songs from very early age too.

So, what’s the problem? Well, there was a big conflict arising between what I thought I wanted to do (Pilot) and what I was actually gifted at doing (music). To me the lifestyle of a musician was not desirable. Late night, long hair, loud noise, sex, drugs, and rock’n’roll. But music kept beating on my door. I got good marks in my HSC and followed my first girlfriend to the University of New South Wales. I initially chose Aerospace engineering but then decided it would be better to switch to pure Physics so I could combine music studies. Whilst I was at University I was completely goalless. I had no ambition to be anything with my degree. It was a really tough time in my life. So, I studied everything I could. Psychology, religion, philosophy, engineering, general science, and ended up finishing with my degree in Physics (with a secondary major in Music) from UNSW. I had completely over-studied and eventually decided to “cash in” and leave with my degree.

So, I had all this information and stuff in my head. Whilst I was at uni I got into a band, Crash Symphony, that was doing pretty well and we eventually started the studio up to record our second album. I went to the School of Audio Engineering (SAE) to learn how to better record our own music. As I played a lot of instruments it became clear that a good way to earn money (whilst I was still uncertain what I was going to do with my life) was to record other artists. I started producing other artists and people started calling me a Music Producer on their records. I remember the day when I actually made a decision to follow the path of being a music producer. I was walking along the street in Crows Nest, Sydney, and I thought to myself, “If I follow the path to being a Rockstar I’ll be on the road all the time with no guarantees of any success. If I follow the path of building my studio then I’ll at least be able to work on music until I’m old, play all the instruments that I love, and use all the technical knowledge that I’ve gained from university”. It just made sense for me to work on being a music producer.

I had one last crack at joining the air force when I finished my course at SAE. I did really well. All the examinations, the interviews, the psychometric testing, the physicals. I was smashing it. As I got closer and closer to actually getting in to the RAAF I became increasingly nervous and anxious. Becoming a full-time military pilot meant no more recording sessions, no more magical moments in the studio, no more song writing. The idea of giving up my newly forming life as a professional music producer was too painful.

I am a music producer now however the role looks very different to what it was for the first ten years. These days I’m in the studio less and doing more managerial tasks that are important for the growth of our recording studio. Stewart Havill is on deck in the studio space much more than I am but I love what I do in the studio. I get called in to play lots of different musical instruments on Artist’s records and I can limit my involvement specifically to the more creative task which is what I love the most.

I hope this gives other people some insight into the journey of becoming a music producer. Everyone’s story is completely different and the career experience is completely different for each individual. If you’d like to learn more about what we do in our recording studio please get into touch at info@crashsymphony.com.au or call 0408 300 402.