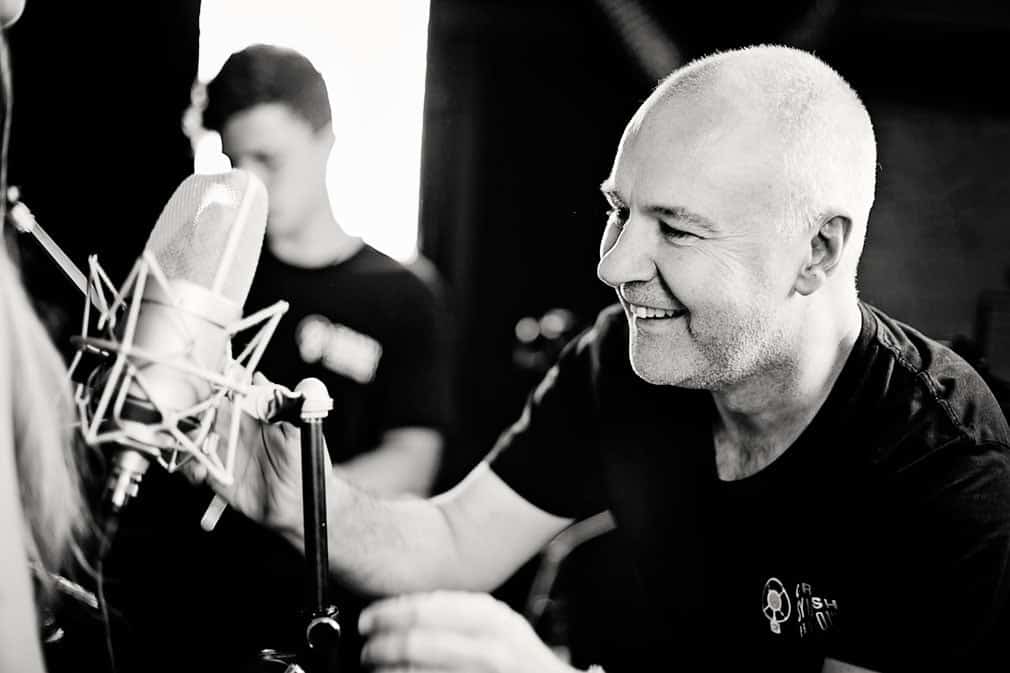 Music producers are a funny bunch. Typically, I find that they can be extremely opinionated, egotistical, and at times, abrasive. It kind of goes with the territory. When it comes to dealing with artists sometimes those qualities can work well. However, most of the time in the day-to-day operations of being a working-class music producer those qualities don’t work. I’ve been lucky enough to work with Stewart Havill for over twenty years. In this article, I’d like to explain why I genuinely think that he’s one of the best music producers in the world.

I’ve worked with many Grammy-awarding winning music professionals over the years. The one thing that I’ve learned along the way is that it’s not always about the talent of the person but about how they’ve navigated the politics of the music industry. In short, there’s not always a correlation between talent and awards. There’s a lot of egos and deliberate self-perpetuation going on. Stewart, or Stew as we call him in our recording studio, is the opposite of being egotistical. He’s so humble that it’s almost monk-like. He never big notes himself at all and always focusses on what the artists wants and commits to delivering to the absolute best of his ability completely above and beyond the call-of-duty.

He is meticulous to the point of being OCD. Very few music producers can handle the level of detail that Stew is able to invest into a project. He will literally edit, tune, eq, balance a track to the nth degree. He doesn’t operate as a music producer for the money. It’s clear to everybody that knows works with him that he produces music for the love of music and for the love of giving. Giving to the artists that he works within the studio. This is an extremely rare attitude that is almost non-existent in the music industry.

He’s extremely musically gifted, even though he’ll tell you that “He only plays the mouse”. I can assure you that this is not the case at all. The guy is a multi-instrumentalist that understands music to depth that very few of us will ever experience. This simply comes from working on music tracks every day for hours and hours on end for the past twenty to thirty years.

He’s the most patient music producer in the world. This is what makes him one the best. His patience seems to have no end. He admits that his patience is his superpower. I agree. His patience allows artists to explore what they can truly achieve in the studio without the fear of being judged. He’s honest with the artist but delivers what he thinks about performances with compassion, grace, eloquence, and honesty.

He’s the most reliable music producer I know. If he says that he’s going to finish a track, or complete a task, or do anything, he does it. You can rely on him more than any other music producer or audio engineer or person that I know.

One of our clients called Stew “Sydney’s best-kept secret”. I agree. Hopefully, this article blows this lid on that secret just a little bit….. but not too much because I don’t want to lose him working on my tracks! (Kind of kidding). Get in touch with our recording studio to work with our top music producer, Stewart Havill. Our email address is info@crashsymphony.com.au or call 0408 300 402.